When can ZERO tokens be swapped to RELAY? On August 4nd, 2021

How long can we swap after it has started? Till September 12th, 2021

Articles published by the team on Medium:

The information described below is both on basis of the official articles and info given by the team on the Telegram channels.

Other AMA to listen to:

In light of the project evolution from its launch at the end of January 2021 and during the course of the first half of 2021, and in order to counter some issues which were affecting the ZERO token monetary value, and to widen the adoption of its cross chain bridge, the Zero team has decided to capitalize on their main asset: The ZeroBridge, together with a new form of tokenomics centered around the bridge fees.

Other parts of the existing Zero exchange features, like being a multi chain DEX, launchpad, liquidity mining will remain, but the main focus since the team's decision to pivot the project has been and will be on the bridge:

#Relay at the center of DeFi

With many different live operational chains (+ new ones coming up, like DOT, ADA) where dApps are being developed (like DEXes for example), there is a need to move assets from chain to chain: Interoperability is paramount to solving the issue of fragmented liquidity across chains. Arbitrage opportunities as well will become seamless and price can be constantly balanced on all of the popular chains. 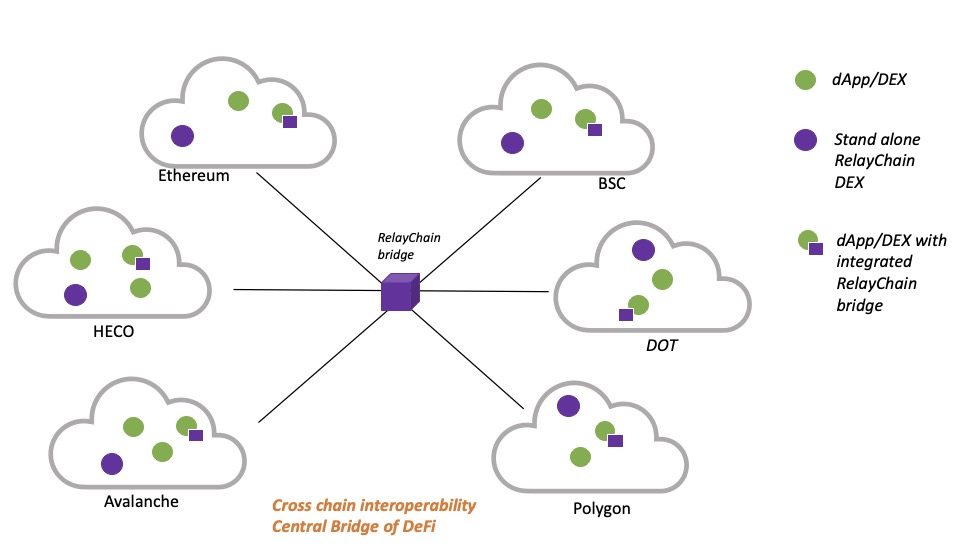 RELAY can become a major hub:

In order to realise the new direction, a new token will be minted, $RELAY, which will replace the $ZERO token with a different tokenomic. $ZERO token holders will be able to claim $RELAY tokens in exchange for their $ZERO tokens on a 100:1 $ZERO:$RELAY ratio, regardless of the price of $ZERO or $RELAY at the time of the claim.

Initially, the only way to acquire $RELAY tokens is by exchanging from $ZERO tokens.

How still to be announced.

Long term holders of the $ZERO token will be also rewarded for their loyalty: The how and when, still to be announced 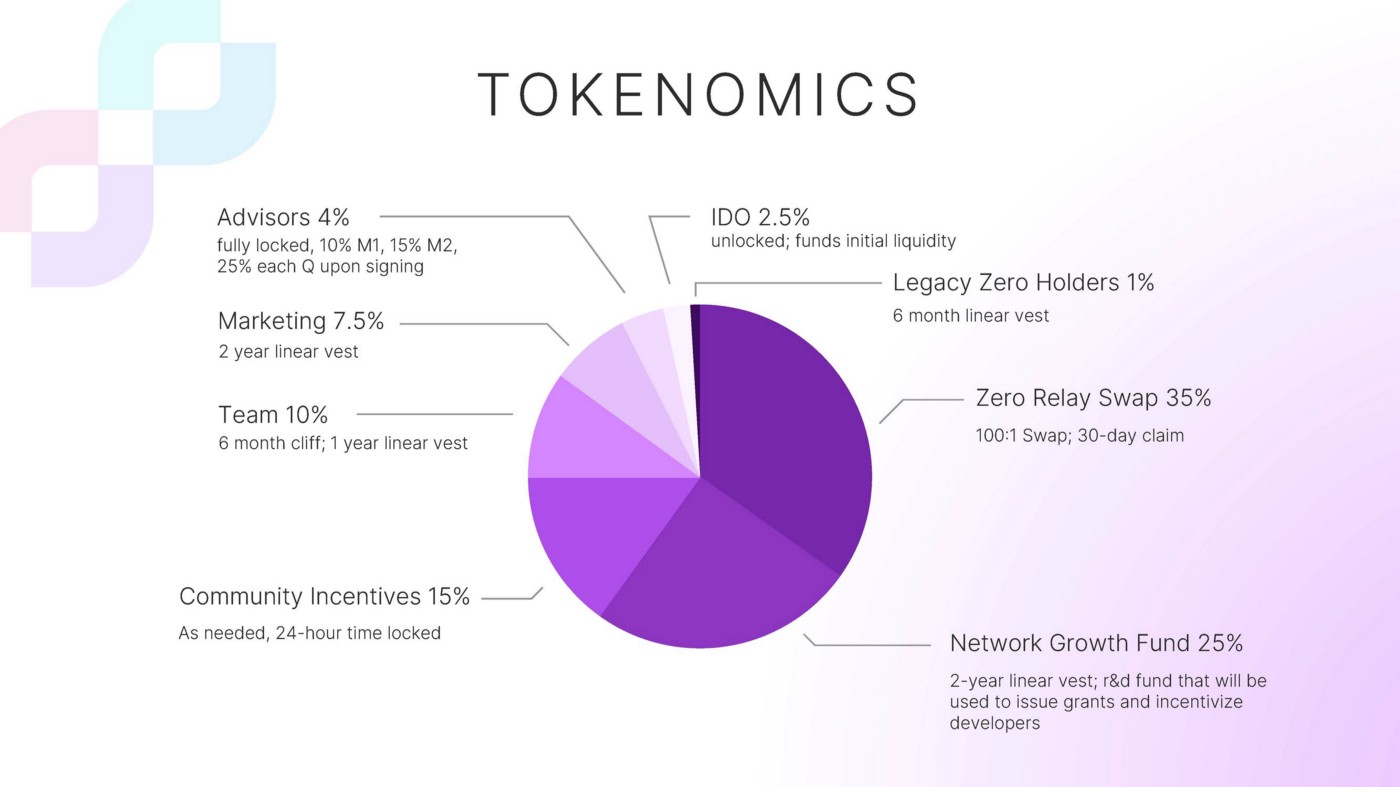 All the information regarding tokenomics is on Zero Reborn Pt. 3

How the bridge fees will be used: 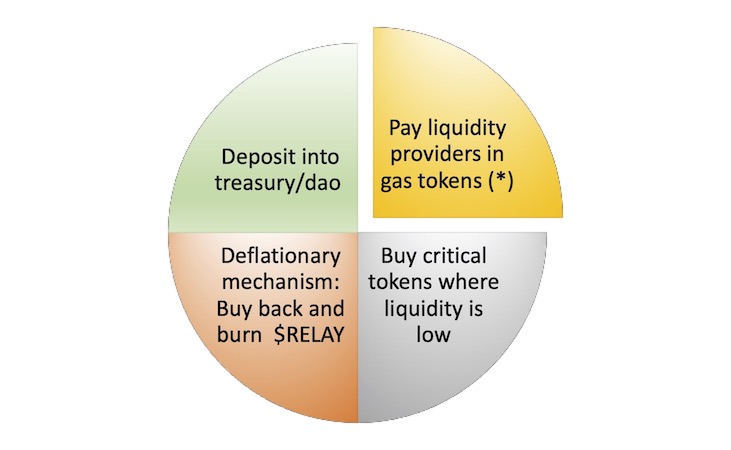 (*) $RELAY liquidity providers will get a share of the bridge volume transactions paid in the native gas token of the chains (ETH, BNB, AVAX, MATIC, HT, etc). This allows a passive income based on your share of the $RELAY tokens.

Which proportions of the bridge fees will be allocated to which part, still to be disclosed by the team.

#Benefits of the RELAY token

Being the main token pair on all chains, the RELAY token will be central to the model. RELAY token holders will own a token that solves all of the shortcomings of the former ZERO token. Sell pressure will be almost completely eliminated with no RELAY emissions after the first few weeks. In fact, constant buy pressure is created with ongoing buy back/burn, and the need to hold RELAY to earn LP rewards (from tthe bridge fees).

In short, a non emitting/deflationary token, that also earns valuable gas tokens, and also comes with other added benefits. Not many other tokens come with this utility built in. More partnerships leads to more transaction leads to more token buyback/burn and more LP rewards.

#Partners for the bridge relayers